As Swamiji took up the mantle as the Mathadhipati, his foremost mission was to build the hospital with ultra-modern health care facilities for the poorer section of the society. Raising the funds for this noble task was an uphill task and Swamiji accordingly came up with an ingenious idea of building a museum that would suffice to meet the financial requirements of the upcoming health care facility. Consequently, Siddhagiri Museum was established in a view of conserving the age-old traditions of Indian villages in 2007. Today, the museum is ranked as one of the top cultural institutions of Asia with a daily footfall of over 5,000 visitors. The revenue generated here is used for free and subsidized treatment of Siddhagiri Hospital’s economically backward and needy patients.

Today, much of our enriched history is being erased or adulterated. The present young generation is daily distancing itself from the traditions of this land. Basic model of living which was 'village' has been losing ground. The village gave respect to everyone in the sense that every profession and every individual was respected. Each community in the village was allocated with certain roles and responsibilities and the whole community life was sufficient unto each other. The museum showcases the model of self-sufficient Indian village and its manifold demographic aspects. The museum is first of its kind attempt in India which preserves the convention of 'Balutedari', an economic yet socio-cultural model of living.There were 12 kinds 'Balutedar' (communities identified through their professions) and 18 kinds of 'Alutedar' (equipment providers). The museum throws light on the co-life of these 'Balutedar' and Alutedar'.

The first phase of the museum spans over 7 acres of area with almost 300 main scenes and around 3000 statues. Several subtle village lifestyles are taken into consideration. There is a unique combination of expression, accuracy and liveliness in the whole village. Each sculpture has a multidimensional effect and lifestyle theme. Swamiji personally oversaw the construction of every statue, the creation of every visual story.

Sections of the Museum

The Museum has three sections with slightly different themes portraying themes displaying ancient India, village life and festivals of India. The three sections are inter-related and the visitor passes from one theme to another smoothly.

1. The first part of the museum, which is indoors, depicts ancient India. It displays scenes from Indian rich ancient history, showing great sages and scientists of India engaged in various activities.

2. A large part of the museum in the open is dedicated to the village life as it was before the Mughal invasions. These exhibitions of life-like and life-sized statues are in the open

3. In the third section of the museum, various festivals of India and particularly of Maharashtra and Karnataka are depicted as they are celebrated.

A Divine Experience of natural Beauty, Siddhagiri Divya Garden, is India’s First Vertical Garden spread over 6 Acres. The plantation was started from March 18 and now it is open to all. Siddhagiri Divya Garden is based on unique designs of ancient Indian culture flowers. P P Shri Adrushya Kadsiddheshwar Swamiji conceptualized and guided the design of this huge botanical garden.

Some of the unique decorums are:

• Wonderful Jungle Safari - It is an amazing audio-visual experience for young and old ones with special effects .

Prerana Park : Remembering the sacrifices of our freedom fighters

With the help of 25 to 30 artists and three LCD screens, the valor of our freedom fighters will be awakened through a live show at Kaneri Math. A theater with a capacity of one thousand seats has been set up to make the history of freedom fighters known to the new generation and also to enlighten the old generation in detail. The history-reviewing theater has been named as the 'Prerana Park'. The management of Siddhagiri Math has claimed that this is the only park in the country which enlightens the work of our Freedom Fighters.

To glorify the work of a great man or freedom fighter and to inspire the next generation, a statue of this person is built and his work and biography are presented to the society by establishing a memorial. But the Prerana Park, built at Kaneri Math, is trying to bring such history to life through live shows and screens.

For this, a 'theme' has been made in the stadium by the statues of Dr. Subhash Chandra Bose's Azad Hind Sena. In the first phase, Madan Lal Dhingra, Chafekar Bandhu, Bhagat Singh, Swatantryaveer Savarkar, Mangal Pandye along with Bose will be conveyed to all generations through live shows. Every day 30 artists will perform their art on the screen according to the songs of freedom fighters. 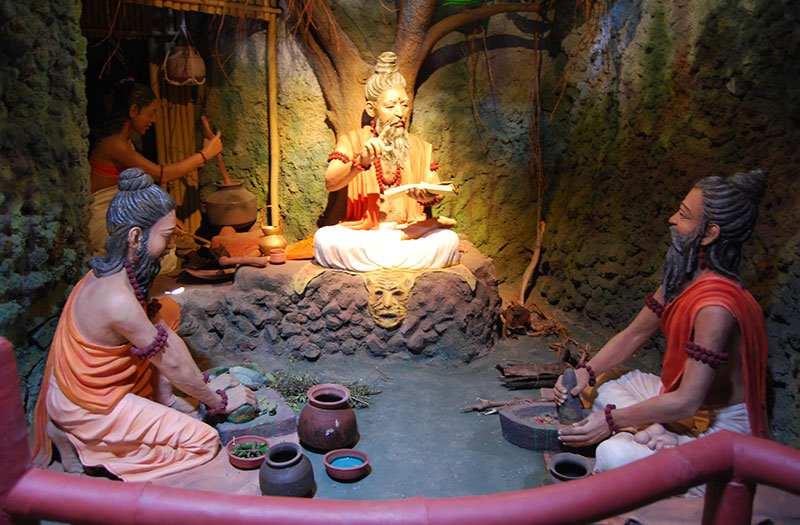 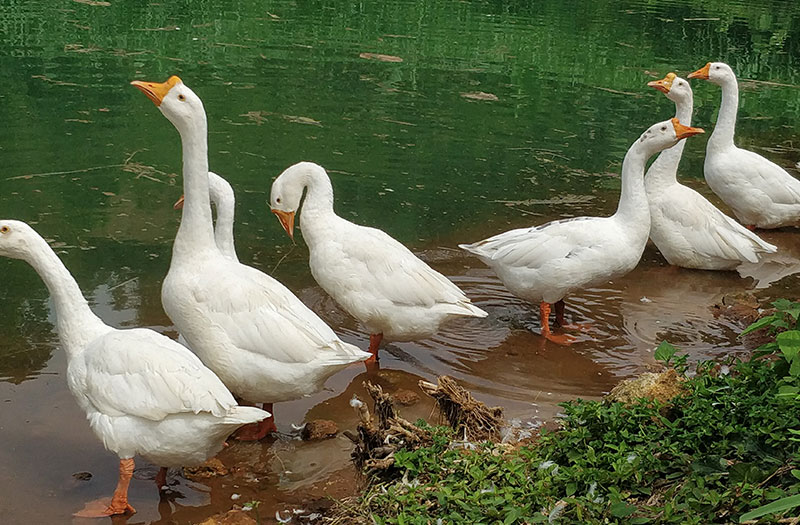 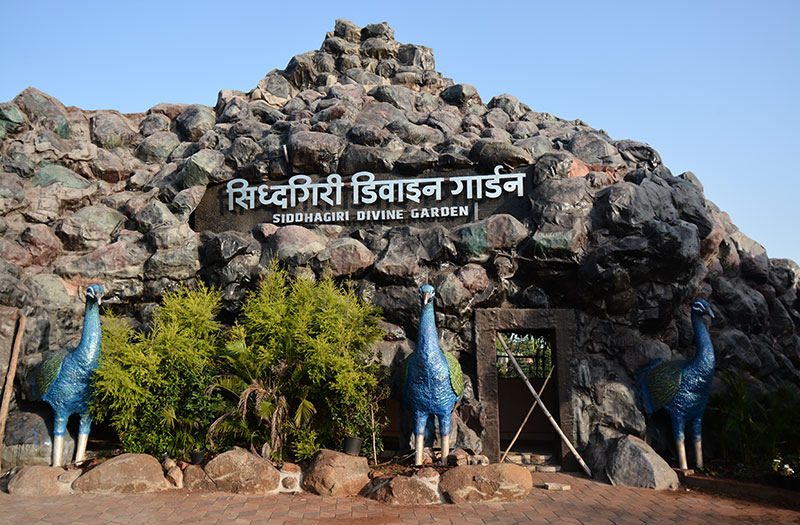 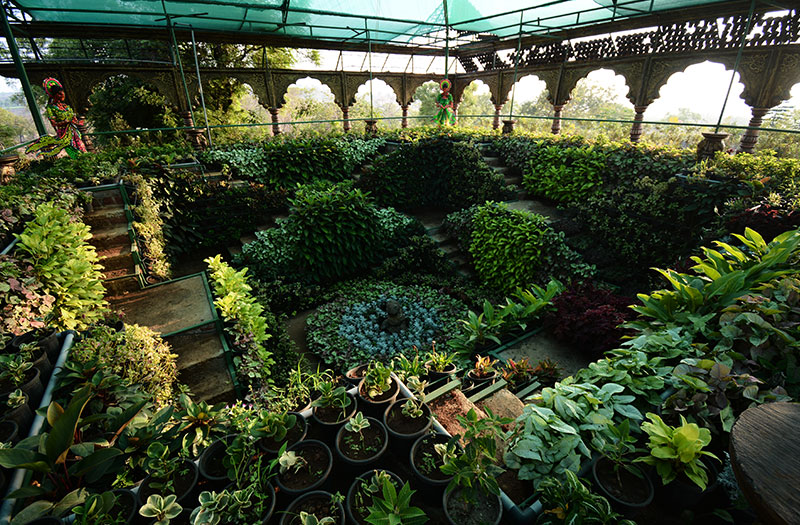 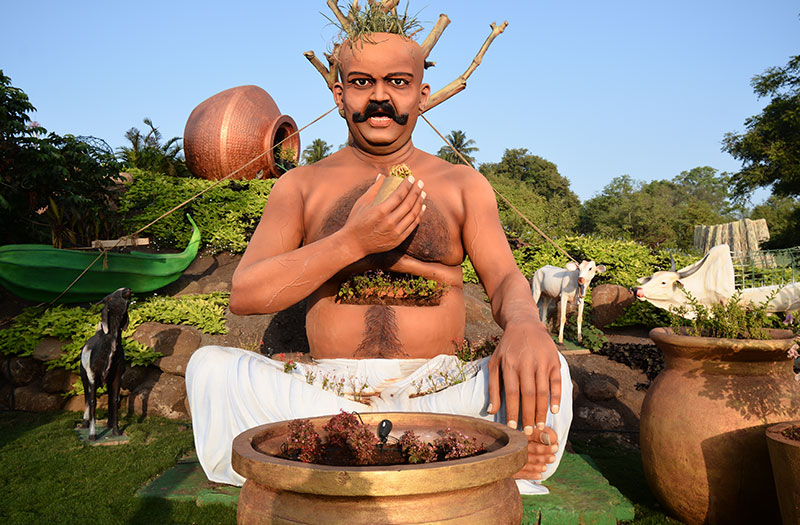 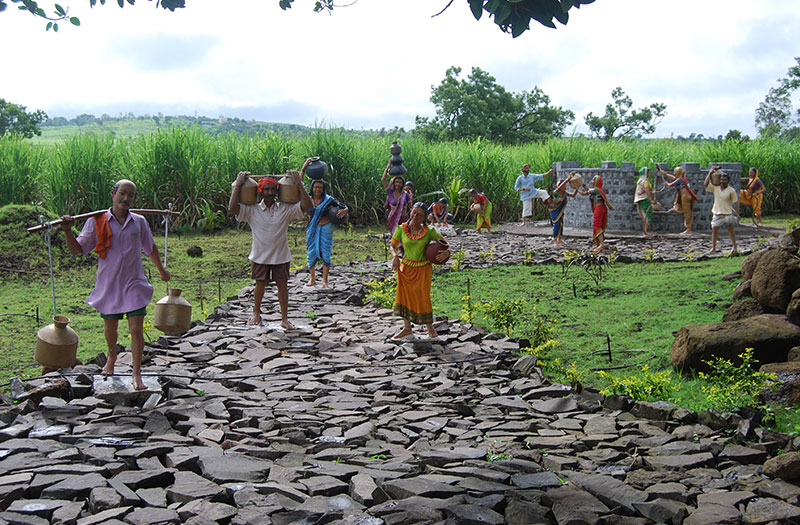 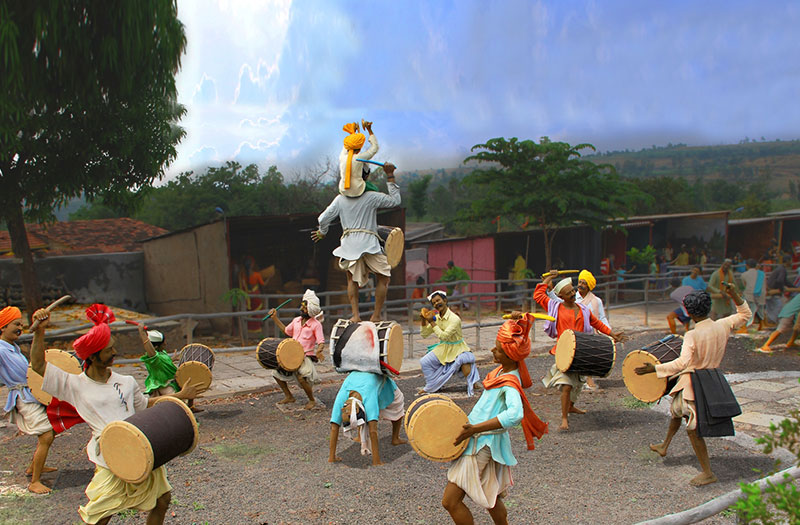 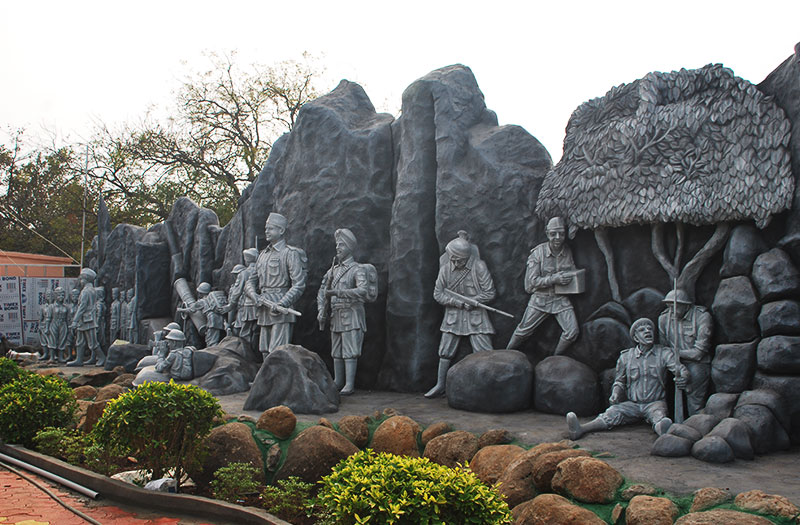 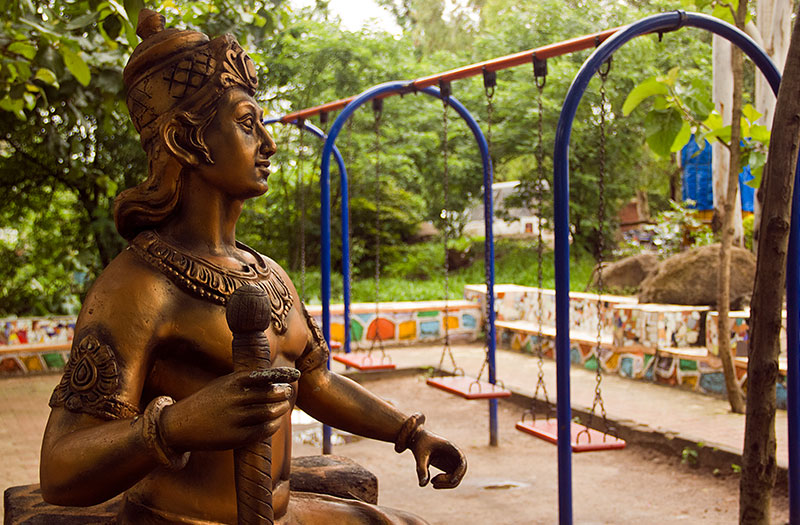 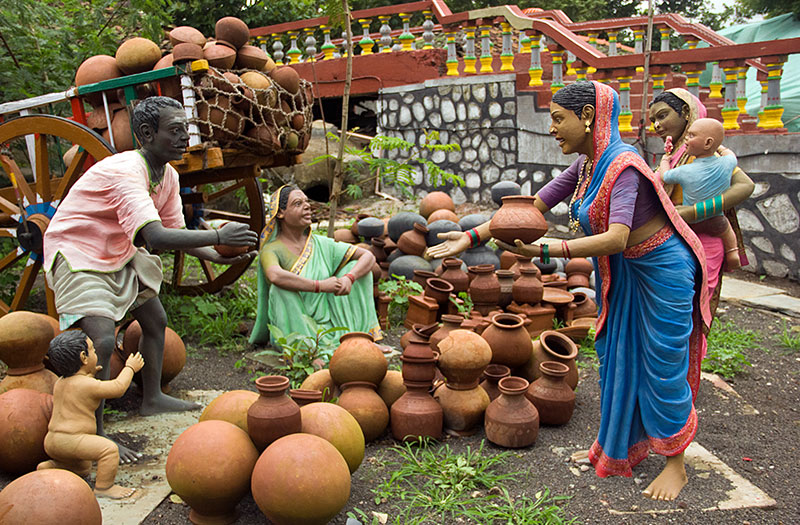 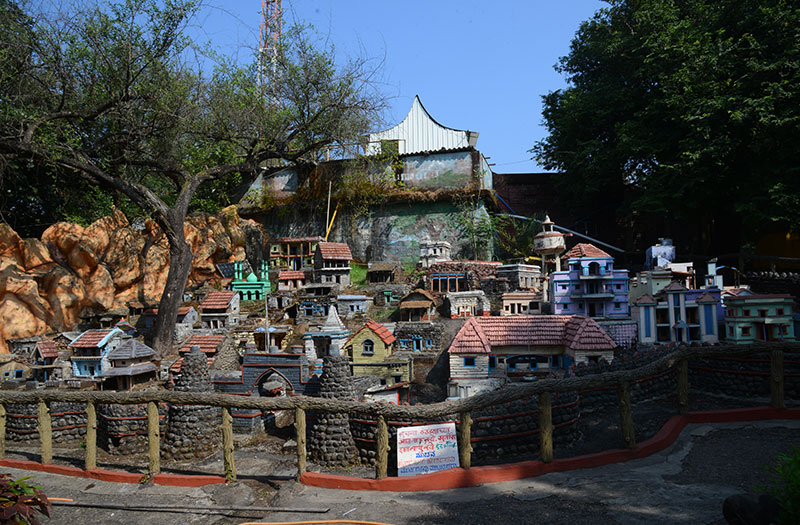 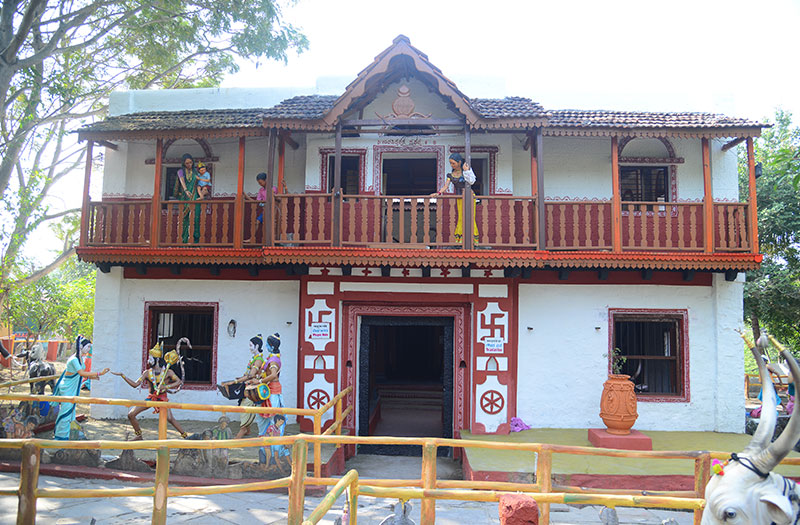