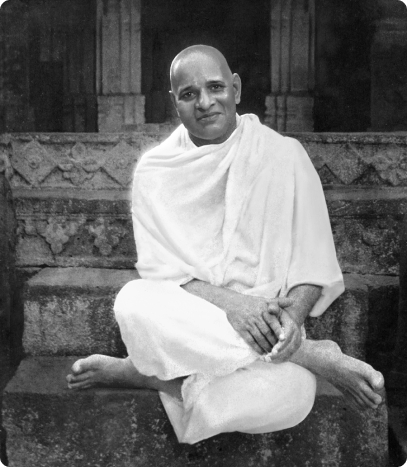 I am the Soul

Born on 23 April 1905 in Linganur village, Gadahinglaj tehsil of Kolhapur district, he took on the mantle at a young age of 17. At the time of Independence, Swamiji Maharaj was the Mathdhipati at Siddhagiri Math. He had been running the Math since 1922. Swamiji Maharaj met his philosophical and spiritual guru, Shri Siddharameshwar Maharaj in 1935. He was given a new outlook on the deep philosophical concepts and attained self-realization, - Gyan Drishti. He was a virtuoso of yoga and mastered all the difficult Asanas and Pranayam. Swamiji Maharaj could maintain kumbhak for nine minutes. He would meditate for over ten hours a day, around three hours in morning, afternoon and evening – Trikal Pooja.

Shri Samarth Muppin Kadsiddheshwar Swamiji Maharaj worked extensively with poor laborers and farmers. His teachings on Hindu philosophy helped thousands of followers to reconnect with Indian traditions in the context of the modern era. Swamiji Maharaj had not just renovated the Kaneri Math but renamed to Siddhagiri Math. He constructed a 42 ft. tall idol of a meditating Shiva with equally massive Nandi, built halls and hostels for devotees. He also initiated a school with a hostel for the needy, underprivileged students on the Math campus, and started an old-age home. It was during his tenure, the Math was transformed from a spiritual center to a social institution.

He revitalized the pravachans (discourses) organized in the Siddhagiri Math. These were organized on every full moon and on every major Hindu religious occasion, like the Shravan Month, Navratri and Ramnavmi. However, the largest pravachans were organized on the three-day festival around Maha Shivarati day (February–March), where over lakhs of devotees have been recorded at the Siddhagiri Math. His era marks the beginning of the Math crossing the geographical boundaries and reaching to the remotest places in the country. He established spiritual centres in Mumbai, Mahabaleshwar, Ratnagiri, Raigad, Sajjangad, Parali-Satara, Pune,

Sindhudurga, Satara, Karnataka and elsewhere. His discourses in Marathi became famous all around the region. They mainly focused on the concept of “I Am That”. His constant teaching was “Ghabru Nakos” (Do not fear) and “Soham” (I Am That). He propagated the ‘Shrimad Dasbodh’, a book by Samarth Ramdas Swamiji, as the basic and simplest book on philosophy. He wrote many treatises, mainly in Marathi. Some of his best works are: Aachar va Parmartha (Behavior and The Right Way); Parmartha va Japanusthan (The Right way and the Chanting of Mantras); Parmartha va Satkarma (The Right Way and Correct Actions); Parmartha va Swadharma (The Right Way and Self Philosophy); Dharma Parampara, Rudhi va Parmartha (The tradition of Right, Traditions and The Right Way); Maza Europe cha Daura (My Travel to Europe).

From 1995 his health started deteriorating and little later he spent most of his time in Mumbai. Swamiji Maharaj was very attached to the 49th Mathdhipati PP Shri Adrushya Kaadhsiddheshwar Swamiji, his successor and disciple. After a prolonged illness, Swamiji Maharaj passed away in 2001. 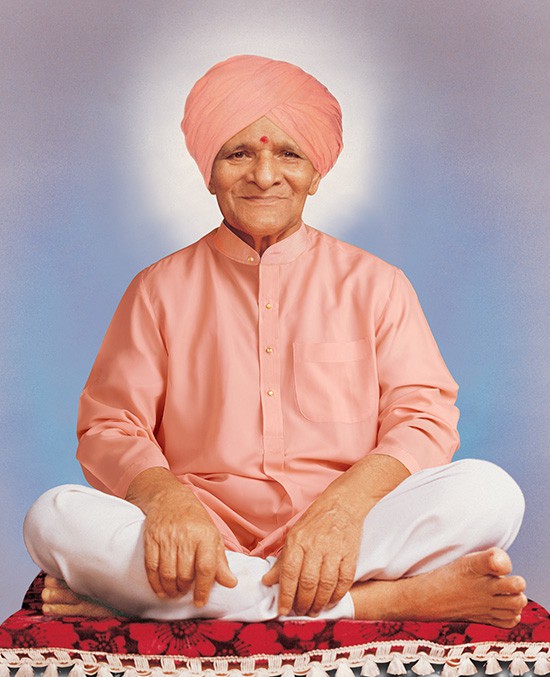 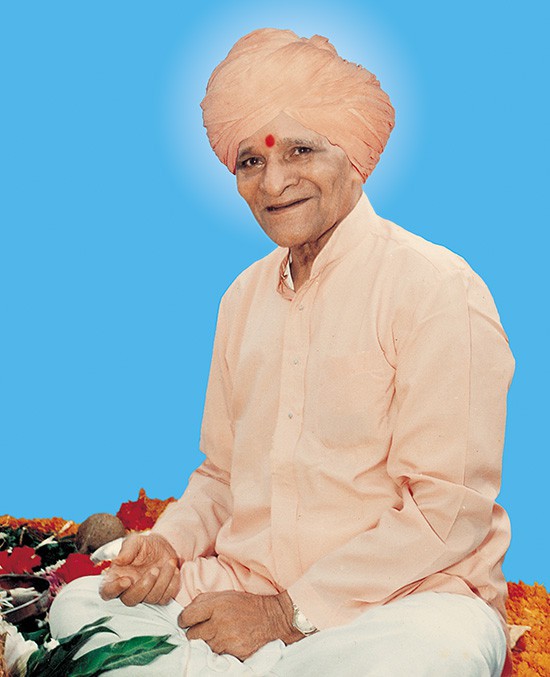 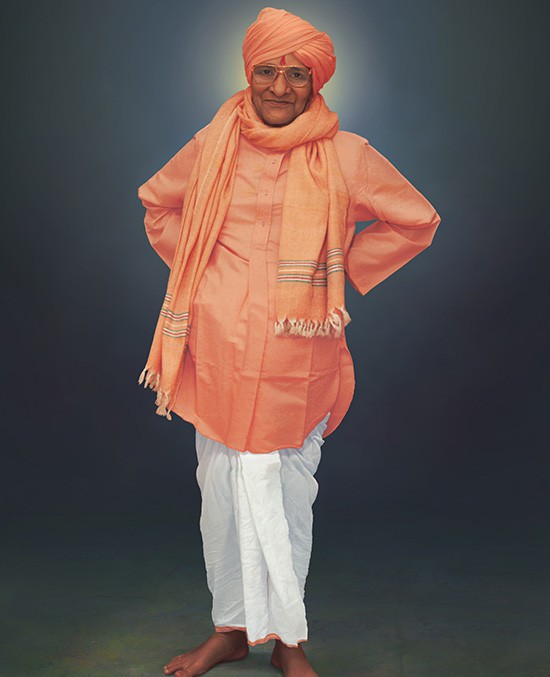 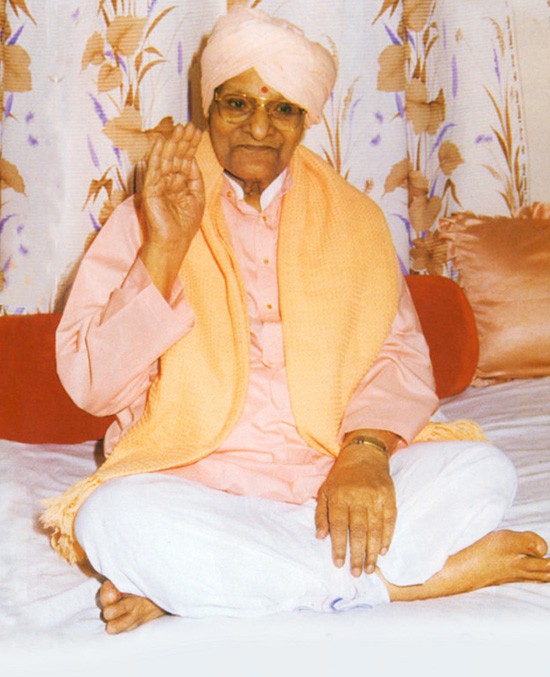 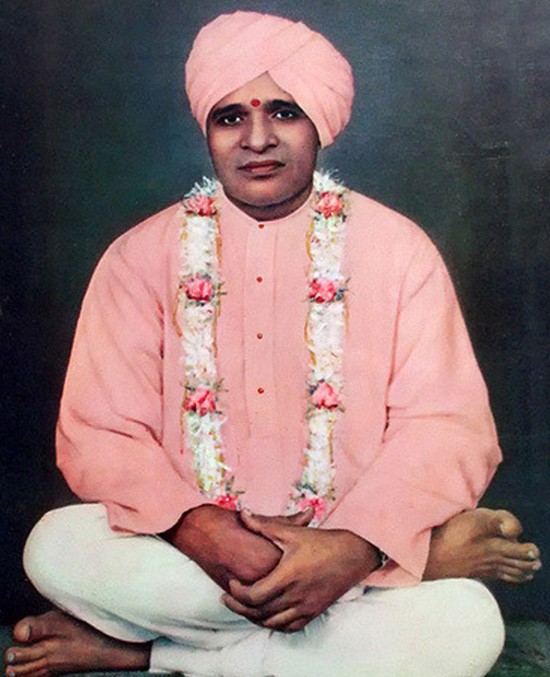 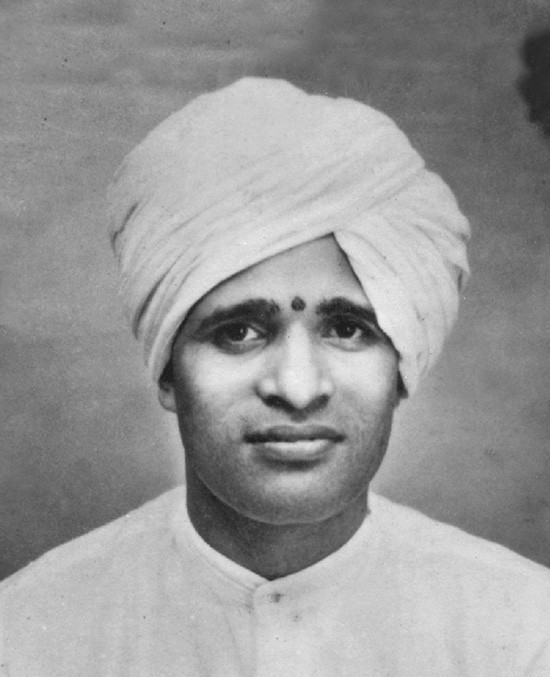 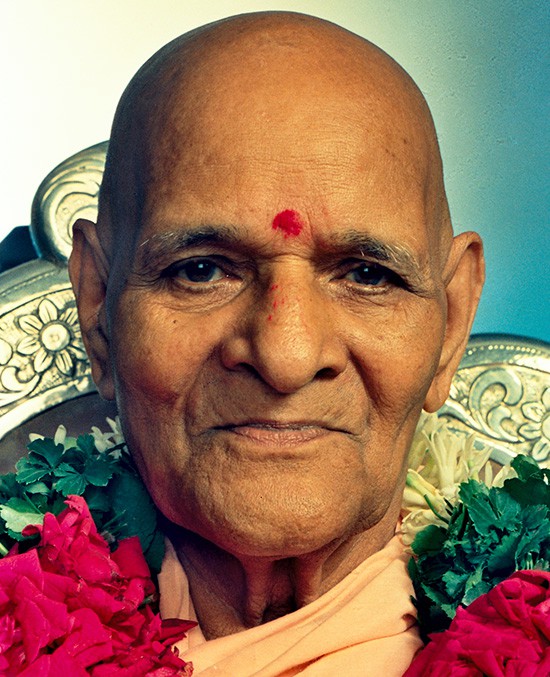 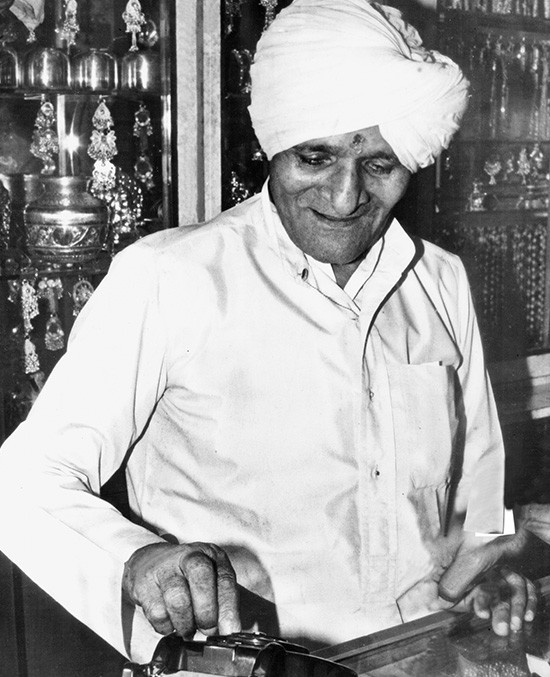 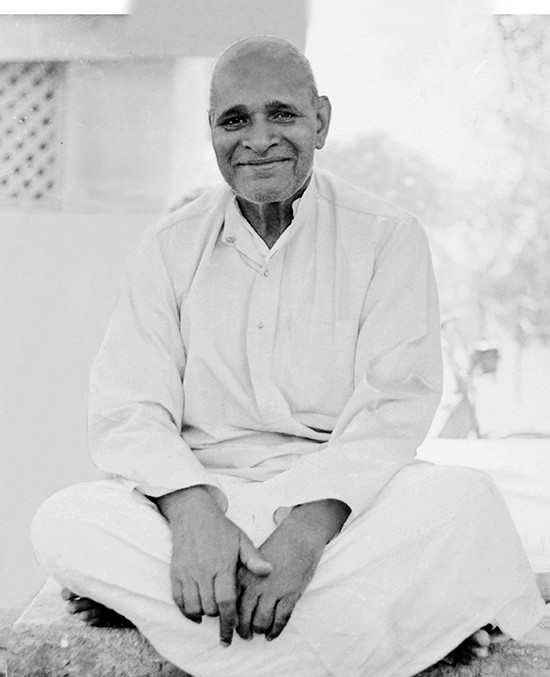 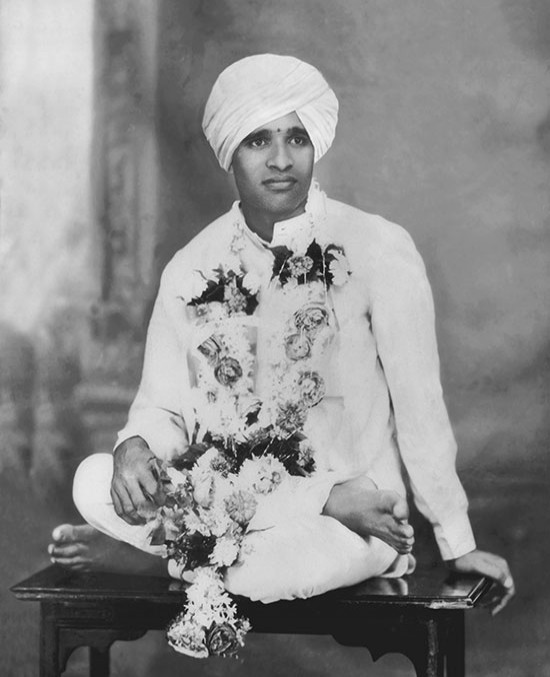 Shri Sadguru Siddharameshwar Maharaj was born in 1888. In 1906, he initiated his spiritual journey by becoming a disciple of his sadguru Shri Bhausaheb Maharaj Umadikar in Inchegeri in Karnataka, India, who taught mantra-meditation as the way to reach the ultimate Reality. In 1920 Shri Sadguru Siddharameshwar Maharaj started to set out preaching on "the Bird's Path", the fast way to attain self-realization, six years after his Moksha guru had left for the eternal journey. From 1914, Shri Siddharameshwar Maharaj religiously followed the teachings of his Master. He made the ceaseless efforts to reach to Moksha. He said, "I will attain the Final Reality even at the cost of my life." By the grace of Master Shri Sadguru Bhausaheb Maharaj he attained the goal of true self-realization.

Shri Muppin Kadsiddheshwar Swamiji Maharaj was a head of a great spiritual inheritance – peetham i.e. Siddhagiri Math. He strived in search of absolute realization, post his guru’s (Shri Virupaksh Kaadhsiddheshwar) demise. This struggle brought him to Shri Siddharameshwar Maharaj. In just a span of a year, he achieved what he desired for by the grace of his Moksha guru. Shri Siddharameshwar Maharaj expressed his utmost satisfaction when Shri Swamiji Maharaj attained the Parmanand and mentioned that, “I am fortunate enough to pass on the knowledge of self-realization to the origin from where it was passed on to me.” It meant that the legacy of the Dnyanganga flowed as followed: 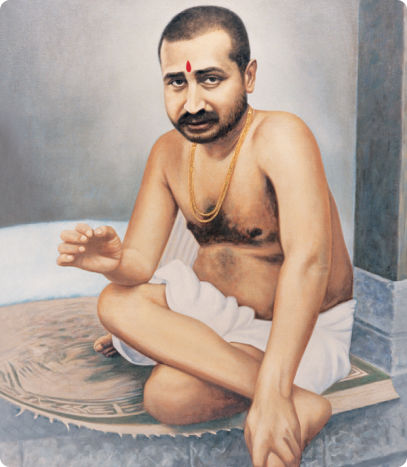 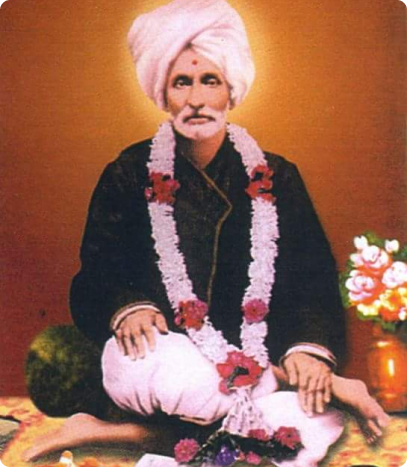 Shri Bhausaheb Maharaj is a sadguru of Shri Siddharameshwar Maharaj.

Shri Vyankatesh Khanderao Deshpande alias Shri Bhausaheb Maharaj was born in a Deshpande family at Umadi - a village in the Jat Taluka of Maharashtra. Even as a boy he had developed a deep devotion to Lord Hanuman and used to worship daily in a nearby temple. His spiritual journey was initiated by Shri Nimbargi Maharaj at an early age of 14. Since then he began to meditate regularly on the Divine Name imparted to him by his Master. His meditation gradually gained in duration and intensity and enabled him to enjoy the vision and bliss of Atman. His Master was greatly delighted by this spiritual attainment of his beloved disciple. At the time of his departure, Nimbargi Maharaj showered his blessings, granted his entire spiritual merit to Bhausaheb Maharaj. He authorised Shri Bhausaheb to initiate the aspirants in the year 1875. However, till his Master's worldly presence this was carried out in a subdued manner.

In 1885, grieved by his Master's departure, Shri Bhausaheb Maharaj carried on his meditation with double zest. Shri Bhausaheb Maharaj established his Ashram at Inchgiri, a village near Umadi, and began to carry out his spiritual activities from there. Soon, Inchgiri became famous and a place of spiritual wisdom. He spread devotion in Karnataka and Maharashtra, visiting various places like Bijapur, Jamkhandi, Solapur on horse-back.

In whatever situation an aspirant may find himself, Shri Bhausaheb Maharaj used to instruct him to carry on his meditation, to the best of his ability and live to the principles and tenets of 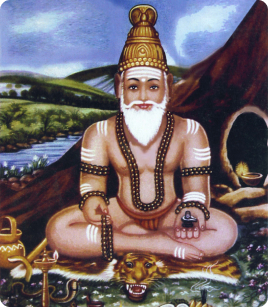 To ensure that the institution keeps working flawlessly over centuries, all the Mathadhipatis have worked endlessly with grit and resolution. Here is the unbroken lineage of Mathadhipatis

Siddhagiri Math has been working under the guidance of an unbroken line of Mathdhipatis since its beginning in the seventh century C.E. In the beginning, the Math grew around the spiritual personality of Shri Niramay --yav Kaadhsiddheshwar, also known as Adi Kaadhsiddheshwar. After him, Kaadhsiddheshwar became a post and other worthy individuals ascended on the post one after other, over centuries.

All along its history, it was guided by the wisdom and long-sightedness of the Mathdhipatis who held the post of the Kaadhsiddheshwar. To ensure that the institution of the Mathdhipati keeps working flawlessly over centuries, strict rules and regulations were constituted. The Math has worked under the guidance of 49 Mathdhipatis so far. Here is the list: